The Phenomena of Idea Fear 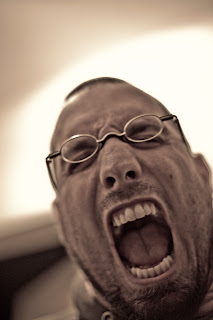 Author:  Crosa
There have been a couple of public articles recently about our fear of ideas.   I'm not sure this is quite right ...
We're creatures of habit, yes.  Experienced project and programme managers will wax lyrical about the human factor being the most difficult part of transformational change.
So most of us instinctively resist change, but actually the rejection of ideas is a lot more complicated ...
I think most of what people fear is the implication of the idea, not the idea itself.  Because the implications are unknown at the inception of the idea, the 'glass-half-empty' people think first-and-foremost about the worst-case scenarios for them personally.  Many people project in their mind's eye much worse scenarios than would ever occur.
Perhaps the best response is to be inclusive.  Invite the fearful and pessimistic to get involved in reviewing the idea early on.  Draw on their critical skills to make sure they feel part of the process.  Invert their behaviour (using "hats" or equivalent) by inverting the idea, to make sure they analyse the positive aspects of a potential change too - they'll be just as keen to do that, because it utilises familiar critical-thinking.  If possiblegive, also some simple assurances to assuage the 'worst-case' thinkers.
We can't expect to change human nature, so let's harness it intelligently to support the development of ideas.
Posted by Jeremy Worrell at 9:26 am