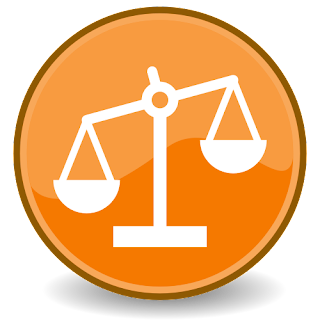 Ooops.   There's something fundamental I should have shared in a much earlier post. It's a terribly basic pseudo-scientific equation for individual creativity, as follows:
C = VIMTO     or     C = VIMT(B/D)

If we overlook the pseudo-science then the assertion is simply that individual creative product is maximised when the following conditions apply.  And of course there's the more sinister contrapositive interpretation that it can easily come to nothing if any are missing ...

It's a fun concept for an ex-mathematician like me, but not without merit.  I've experimented with these levers in the past, and am convinced they each have a part to play.   And I'm not the only one, in fact my biography page is full of VIMTO enthusiasts, whether they know it or not!  To name a few:
- Webb Young and the Sticky Wisdom team have addressed the importance of V
- de Bono believes that M is a make-or-break factor
- MacKenzie writes eloquently about the value of T
- Patterson identifies T and M as being important factors
I make no attempt to address the more sophisticated equation that would be needed to model "organisational creativity" with the inevitable interference from social dynamics.  Nor will I consider a broader "innovation equation", which others have surely addressed, and which would demand consideration of a wider set of variables en route to the implementation of a successful idea.
In the interests of fairness I should point-out that others have attempted to model this kind of thing, notably Ruth Noller (see http://russellawheeler.com/resources/learning_zone/creativity_formula/).
I'd love to hear your thoughts on this subject or any other, and will be happy to refine the equation if I've missed anything obvious.  Thanks in advance to the constructive critics.
Posted by Jeremy Worrell at 9:17 pm No comments: 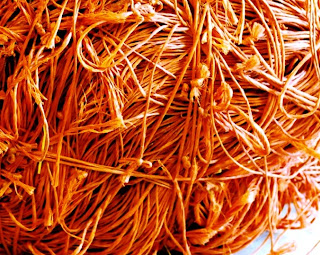 I've just started reading a fantastic book.  It's really, really inventive - most especially in its presentation.


Its central message is uncannily similar to my very first posting back in August:  Be yourself; free your creative spirit from its shackles; don't let them grind you down (attempt to ignore them instead!)


However the book differs from this blog in two rather devastating respects:  It's incredibly visually stimulating, and uses plenty of wonderfully elaborate turns-of-phrase.


The author likens traditional work to a "Gordian knot of corporate normalcy" which begins with a single hair (or rule).  The hairs accumulate as the organisation learns, and ultimately acquires it's own gravitational pull.  More and more hairs arrive, and none escape, as workers seek to preserve and reuse the experiences of their past successes at the expense of anything new.


The escape (and the only route to real creativity) is to break-away from the hairball into an orbit which still allows you to draw on its resources where you choose.  This, he claims, requires the courage to be genuine, work out which of your organisation's goals really resonate with you, then find better ways to get the associated jobs done.  The alternative is the "pallid path of corporate appropriateness".


There are some fantastic analogies in the first few chapters:
1. Don't be like the mesmerised chickens, frozen to the establishment (full story omitted here!)
2. Be like the cow instead - do what you're good at, don't over-work or over-commit, look relaxed on the surface 90% of the time, but still produce, recognising that good ideas need research and thinking time which doesn't always bear tangible output early


The book is called "Orbiting the Giant Hairball".  (No really ... it is.)  The author is Gordon MacKenzie, a former greetings card artist at Hallmark.  I concur with all the 4 and 5 start ratings at Amazon.  I've read nothing else so far which goes so far to justify why we must all live our dreams at work, not just for ourselves, but for the benefit of our employers too!
Posted by Jeremy Worrell at 8:08 pm No comments: 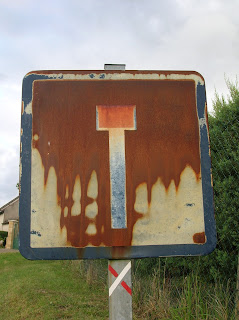 Often I find myself having to justify the necessity of creative working in the non-creative industries.  Attacks on my stance are rarely fierce; more often apathetic.  But I'm not sure which is the more dangerous.

It's all quite simple really:

1.  Over the years computers and other inexpensive forms of automation have diminished the relative number of manual labour and clerical jobs.  And it hasn't stopped there:  Increasingly we're automating management decisions, statistical analysis, sales support and other knowledge work which can be handled analytically.

2.  Where it's been too hard to automate tasks, the march of globalisation has meant outsourcing of jobs from developed to lower cost economies.  What remains in the developed economy is that which depends heavily on local context, and cannot easily go offshore.

3.  Analytical thinking gives us a range of predictable answers to a given problem.  And it gives us some basis for selecting a preferred answer from the set.  Creative thinking can complement that set by yielding a range of new and unusual answers, which our competitors might not easily have tumbled to.  If we can adopt one of those, we could advance into a gap which is non-competitive - at least in the short-term.

I also tend to make the point that creative thinking is a great deal of fun, and I'm still old-fashioned enough to think that work should be fun. ( I try to make this appear an afterthought, because it's far too easily criticised.)

One day when I'm not having a "bad brain day" I might just tackle the sister question:  "Is Creativity Sufficient?"   In the meantime I'd welcome your comments on both questions.
Posted by Jeremy Worrell at 12:05 pm No comments: 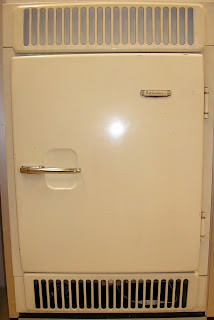 There comes a time in the lives of all great (and not so great ) men where they're just juggling too many other balls to commit serious thought to that 17th concurrent activity.

So without further ado, I present my top five URLs/tools on the subject of creativity at work.  I hope you find them enlightening ...

1.  http://www.southbeachinc.com/index.html is still top of my list.  It's absolutely content-free, but its potential is massive, at least in my estimation.  The assets are the simple but powerful notation and the free modelling tool which uses it.  (Such is my commitment to the cause that I've taken the trouble to meet the author, and become a beta tester of new releases!)

2.  Springwise is a site dedicated to product innovations.  Its army of "spotters" report what they've seen, and that's compiled into a weekly newsletter available at http://www.springwise.com/newsletter/.

3.  http://www.innovationmanagement.se/  is a website full of interesting material.  In particular there's a weekly newsletter which always has at least one article I feel compelled to read.

4.  http://www.jpb.com/report103/index.php is well worth a read too.  Plenty of content extending way beyond creativity through the whole innovation lifecycle.

5.  And last but certainly not least, http://mindtools.com/pages/main/newMN_CT.htm is the page at Mindtools dedicated to creativity.  There's plenty of advice here on using the well-known creativity techniques, some of which I've blogged about in previous posts.

Have fun with those, and I'll write properly next week (if I can be bothered!)
Posted by Jeremy Worrell at 3:14 pm No comments:

Space to be Creative 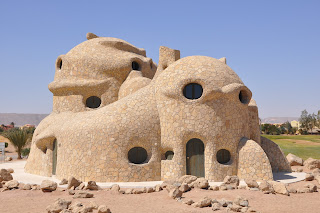 I had a fascinating extra-curricular discussion this week with a Californian architect.  She works for a global Oil and Gas company, and her brief is to “optimise workspaces”.
It turns out that a large part of the job concerns making people more productive at work.  We’re not just talking about faster coffee machines and shorter walks to the desk, but also about building the propensity for creativity at work (hurray!)
This, it transpires, is a seriously interesting challenge.  The publically-available research seems to be lacking in many respects, but there are some documented findings.  She kindly sent me a few articles she’s collected, so I’ll condense a few of the main messages in this post …
Pharmaceutical GlaxoSmithKline (GSK) seems to be a much-lauded paragon of creative innovation—at least by UK standards.   Working with an agency, it has created “Focus Booths” (for concentrated sole-working) and “Buzz Space” (for collaboration).
GSK’s thinking is that Buzz Space supports ad hoc collaboration as a routine part of work, and that against such a backdrop Focus Booths will be needed to allow people some peace and quiet to concentrate.  (As I’ve written before, I consider both modes of working to be very valuable in creativity.  It’s not all about collaboration.)
Both types of space at GSK are adorned with evocative imagery—both literal and abstract—something which we discussed at length by phone as I evangelised about the power of the random object (see earlier posts).  The partitions between spaces are mostly transparent, so GSK avoids the sense of segregation which can dominate other office environments.
Elsewhere in the world, architects have experimented with:
·         The blending of indoor and outdoor spaces (fine in California; less fine in Aberdeen)
·         Games rooms, slides and waterfalls
·         Programmable lights which can transform the look and feel of a room
·         Buildings heavily modelled on other objects such as a tent, town centre or a farm
·         Very high ceilings, which apparently encourage us to think more freely and abstractly, with less attention to detail
What I found most interesting though was the likely impact of colour:  A 2009 study in Science magazine found that we remember details best when surrounded by red, but are more imaginative in the presence of blue.
It’s a good thing I opted for that eggshell blue in my study at home.  Now if only I could do something about the ceiling …
Posted by Jeremy Worrell at 7:48 pm No comments: