The Creative Value in Extreme Brevity 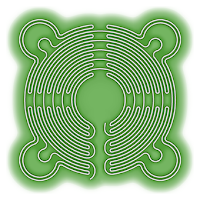 Hemingway could do it; why can't we?
His most frequently cited example follows:
"For sale: Baby shoes.  Never worn."
High-intensity meaning.  Just six words.

What else could we thus condense?
Perhaps those creative provocations could shrink ...
Or try a creating thinking motto--

A laconic used to drive behaviour
Michael Michalko came up with one:
"All cats look grey at night"
Prompted thus, I'll submit my own:
"Helicopter pilots spot the best paths"
Is this exercise in consicion serious?

In the Company of One 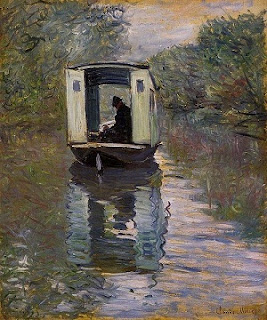 I've recently experienced a very graphic demonstration of just how slow a large enterprise can be to adopt a simple, low-cost innovation.   (I'll mention no names, but you know who you are, insurance company X!)

'What if you were you own company in your own right: A company of one?  Would you tolerate excess delay to implementation?

No.  I'll tell you exactly what would happen ...

- There's no way in the world you'd suffer ten or more naysayers to every good idea -- they wouldn't be there to naysay!
- You wouldn't need ten or more "specialists" to vet every idea, half of whom are unavailable to talk at any given time
- The facade of the business case would be present, but not dominant
- Gut instinct would have a place
- Change wouldn't strike fear into the workforce in quite so compelling a way
- Attack (improvement) would matter more than defence (preservation)

Is any of this instructive?   I like to think so.

Sometimes we have to act like we work in a company of one, to get things done.  If we want our creativity-inspired ideas to go anywhere, then we'll need to think small.

I've coached the sole ideas evangelist in the offending company to assume responsibility for what is, after all, a small, powerful, self-contained idea.  He plans to push it through, end-to-end, to see it realised.   This means constant effervescence, and the adaptability to do lots of different types of leg-work for himself.

But what's his reward?

Self-satisfaction?   Yes.  It has to be that.

And perhaps something even better:  There's something wearyingly comparable about large enterprises and their take on "new stuff".  If he can push this through, with a smidgen of moral support from me, then maybe we have a model for evangelistic innovation, which would yield results in a hundred other UK  plcs.?

Some words are worth a thousand pictures! 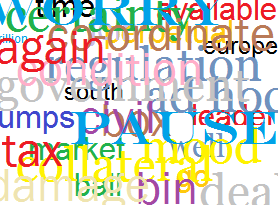 How many business books from 1963 still hold a position of status in the collective psyche today?

I'd be surprised if any were held in better esteem than David Ogilvy's "Confessions of an Advertising Man".

I've been interested in advertising for some months now, because it's one of only a handful of vocations which are truly creative but which also directly support businesses.  So I recently discovered this book, and read it from cover-to-cover one day last week.

How does it stand-up then?  And what can it offer to the creative thinker?

The first thing to say is READ THE BOOK. There's a wealth of commonsense advice in there, even if it's not all germane to this topic.

If we're looking for advice on creativity though, there are pros and cons.   A lot of good messages about constructing the right environment to encourage new thinking, but then something rather more controversial ...


"I will not allow [new recruits] to use the word CREATIVE to describe the functions they will perform in our agency."

Didn't I just classify advertising as a CREATIVE industry?  So why is the "Father of Advertising" dismissing the word?

Ogilvy worried that the focus of his new recruits could too easily become the perceived artistic quality of their adverts, rather than the more concrete measure of the product sales they stimulate.  He had little respect for advertising for its own sake, only seeking to measure them by their quantitative benefits to the clients.

So what do we reckon?  Should I be flinging-around the word "creative" as liberally as I do?

I seek to appeal to professionals in industries which are traditionally seen as non-creative.   In those industries, people need active encouragement to rediscover their instinctive creativity.   They need reminding that creativity exists, that it exists in them, and that it's a valuable means to an end.  Few of us in the more analytical sectors would fall into the trap of thinking themselves as "creative" first-and-foremost, and so few would run the risk of forgetting the business imperitives in their excess enthusiasm for creativity.

Forget the means until you understand the ends.  When the ends are clear, revisit the means.
Posted by Jeremy Worrell at 11:11 pm No comments: 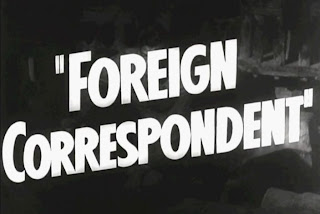 I've sheepishly raised the subject of my 'reading pile' before.  Much as I aspire to read regularly, I'm invariably months behind.

For you, dear reader, I feel this can only be a good thing.  How comforting it must be to read my observations on news events which you've had ample time to acclimatise to; and how pleasant must be the feeling of deja vu when I seem to be alluding to something groundbreaking which actually broke it's ground back in 2010.

With this in mind I'd like us to cast our minds back to the month of May.  Spring was in the air (a bit), Twitter's gossip was occupying the bored more than ever before, and we were all about to witness the collapse of a long-standing UK tabloid.

Had I been paying proper attention, I would have been delighted to spot an article by Daniel H Pink in the Telegraph's "Business Thinking" column, presenting a set of research in support of something I already thought I knew.

This week, when I finally did read the column, I was delighted to see that something solid and scientific appeared to be backing-up a hypothesis I was already nurturing.

The contention was that it's much easier to arrive at unusual ideas if you're one step removed from the focus. That's to say: I'm far more likely to give you something new to think about if I work in a different company, or a different sector, or hold a different specialisation.

Although there's value in bringing local knowledge to a problem, there's even more value in applying scarcer foreign knowledge.

Several experiments were submitted as evidence:  In general, people were judged as more creative when trying to solve other people's problems.

In some respects this is just natural fallout from my grand unified theory of creative thinking.  And it's encouraging to others in the field too, supporting as it does the idea of Weak Ties.

It leads me to question the Six Thinking Hats though: They certainly help surpress local knowledge, but they can't readily be used to replicate foreign knowledge.  And nor can any amount of attempted random provocation properly synthesise that outside nous.

Good news for me, perhaps, if I want to continue working in this area with clients.  But uncomfortable food-for-thought for anyone seeking to find all their ideas within the bounds of the immediate organisation.  Maybe one low-cost way to address the problem is an ideas exchange, where organisations lend their time to each other to provide these all-important outside perspectives.
Posted by Jeremy Worrell at 11:20 pm No comments:

Despite the critical responses, I'm sure there is more we could do here.  And given the difficulties (documented extensively on this site and elsewhere) that UK's largest enterprises have improving their creativity organically, perhaps a change in attitudes could be a 'win' for them too.
So what does large enterprise already do to encourage new ideas ...?
It's all rather hit-and-miss.
So why not supplement (or re-assign some of) the R&D function to acquire ideas instead?
Some organisations are already trialling Open Innovation, and that's certainly one way to do it. But how about a direct approach?
Why not have a small team explore the emerging outputs of entrepreneurs in a wide range of fields, run "Dragons' Den"-like events to assess them, and set-up alongside the venture capitalists in licensing the ideas before they hit the market?  Or if the idea is strong enough, why not just acquire the small enterprise?
At least in principle, this idea ought to be sound, and one response to the Schmidt lecture suggests it's already happening - at least in pharmaceuticals.  This approach really leaves a lot less to chance than does the cultural change programme so beloved of the HR department!
So what does our Idea Acquisition Squad look like?
Let's start with a leader.  A leader who is a former serial entrepreneur, so thinks like the target audience, but also values ideas, knows about risk vs. reward, and recognises the virtues of a diverse portfolio.
Then let's have a couple of roving reporters, enthusiastic about innovation, varied in their backgrounds, and with good instincts about the market.
And finally, let's balance the team with an analyst, to keep them on the straight-and-narrow.  Ideally this should be someone who can fill in the gaps in any business case, combining management accountancy with substantial and applied market intelligence, and solid product development experience.
The legal and commercial teams would be waiting in the wings, but not a core part of the team.
If you run such a team then I'd love to hear all about it.  If not, then isn't it about time you did?
Posted by Jeremy Worrell at 8:22 am No comments: