"Highscreen" is the new "Widescreen" 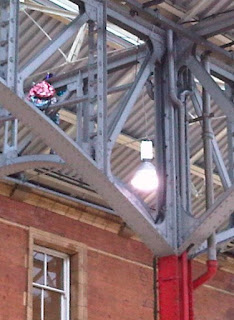 I spend much of my working week tracing familiar paths around the northern part of central London.  It's repetitive, and I often find I've switched to "autopilot", arriving at my destination with little or no recollection of the journey.
But I live 100 miles from London, so I rarely see it at the weekend.  That why it was so interesting to wake up this saturday morning in Barbican, don a pair of jeans instead of a suit, and revisit some familiar haunts with a recreational (rather than functional) perspective.
And it's amazing what you see:  Upon opening my curtains on the sixth floor, three gigantic cranes confronted me.  I've walked past them hundreds of times, but never spotted them before.  What are they building, and why?
Perhaps it was the much-diminished pedestrian presence which exposed the many metal cabinets adorning our pavements.  Are these part of our electricity, gas or telecoms infrastructure?  Who uses them, and why?  And whence the welcome development of street artists attacking them with colourful patterns?
There's usually no opportunity to look up inside Baker St. underground station.  It's more important to watch the movements of others acutely, so as to avoid collisions in the morning maelstrom.  But when you do look up, the ceiling is remarkable:  It's decorated with rather formal squares and circles of red on white.  Who did that, and why?
Looking up at Marylebone train station was also revealing.  The sheer complexity of the interwoven steel frame is mind-boggling, and I loved the juxtaposition of a group of stranded helium balloons amongst the struts and arches.  Changing my viewpoint slightly I spotted a cluster of CCTV cameras, and of course that triggered sightings of several more cameras dotted around the building.  Why so many?  Who watches the footage?
All of this reminds me of an exercise a few years ago, undertaken as part of a photography class at my local college.  We were asked to spend a couple of weekends shooting 26 images, one in the form of each letter of the alphabet.  Until this task provoked me to look up, I'd never imagined that some lamp-posts look like a 'J', or that a window frame could resemble an 'A'.
Why do we so rarely look up?  I think it's a gravity thing.  For land mammals like us, the most important objects are on the ground.  For basic survival it's been much more important to look left, look right, look behind, or look into the distance.  Of course this is why widescreen TVs have replaced traditional square tubes: Most of our TV programmes are about people, so why waste all that space on the sky?  How different things must be in the genuinely three-dimensional world occupied by birds or fish!
So next time I commute, I'll look up, look around, ask "why?", then try to work out the answer.  I expect I'll learn a lot, and perhaps stimulate a few more new ideas.
Posted by Jeremy Worrell at 1:03 pm 1 comment:

Customer Experience as a Product 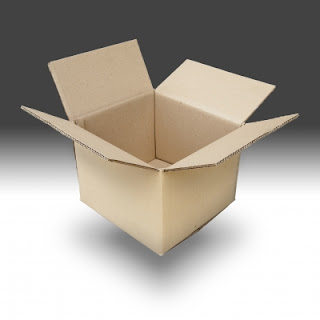 As you might expect, I spend much of my time working with customer-facing industries rather than product designers and manufacturers.  As such I'm often inspired to consider how I might lift the best lessons from product innovators and apply them to creative thinking and innovation in service industries.

Many of you will face this same challenge, and I encourage your comments:  When first we scour the internet for advice on creativity or innovation we find the richest material in the domain of the product developer.

So what's the "product" of a Business-to-Customer (B2C) or Government-to-Citizen (G2C) organisation?  I believe it's the customer experience.

If we accept that assertion, then our job is to supplement our current list of techniques for improving customer experience with additional insight from the product industry.  Here's my attempt to translate a few popular rules:

"Use Technology-Pull innovation, as well as Market-Push innovation"
... could be elaborated into: "Explore and experiment with the potential for emerging technology to positively affect the customer's perception of service, including impacts on sensory perception, environment, perceived value, ease, accessibility and reliability of transactions, and supplementary value-added services."

"Make time available for staff to work on their own projects"
... might usefullly become: "Pay customer-facing staff for reflecting on the service they provide, give them time to compare notes and consult customers informally, and then propose improvements.  Listen to their feedback, and act on it."

"Launch early, then continuously improve"
... could translate into: "Set aside significant budget to run a continuously evolving portfolio of concept stores, offices, websites and other centres of service.  Pay close attention to the reactions and behaviours of customers exposed to those experiments.  Roll-out each concept more widely as soon as the balance of risk swings positive, and expect further development to be necessary in the field."

"There are no bad ideas"
... applies pretty well without translation, but we might add "Review all new ideas for customer service with an open mind, and with a facilitator-led customer focus group.  Actively seek to transform 'bad' ideas into 'good' ones."

Aside from this list, so much other advice remains intact:  It's still entirely appropriate to apply lateral thinking, to share information as widely as possible, to challenge our subconscious assumptions, etc.

All that's happening here is a shift from the focus we're used to reading about: Service industries should concentrate on the core "product" of customer experience, relying on the supply chain to drive innovation in underlying goods and services.

Now we know what belongs in that empty cardboard box.
Posted by Jeremy Worrell at 4:47 pm 1 comment: 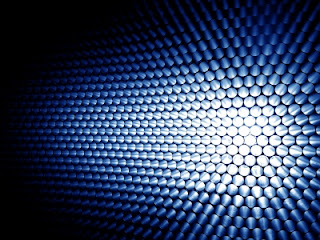 It's hard to find any serious literature about creative thinking or lateral thinking which doesn't strongly recommend that we expose ourselves to exotic stimulus of various kinds.

The logic is that by forcing cognition in unusual domains, we'll form new pathways in the brain, and we'll subsequently be able to exploit those new pathways so as to arrive at new and unusual ideas.

That seems pretty reasonable in theory, but I wondered if it works in practice.  So in the spirit of experimentation I plumped for the quintessential exotic stimulus, the outside experience most heralded by the literati of creative thinking:  I visited an art gallery, and specifically the Tate Modern on London's south bank.

I predicted I'd emerge from my experiment two hours later having debunked the theory, at least to my own satisfaction.  Here's what really happened ...

I toured the open galleries on the third and fifth floors, spending most of my time at exhibits which either attempted to challenge metaphysics, or which were wholly unexpected in some other more subtle way.

I made notes as I went along:

1.  Bridget Riley creates waves within waves, and uses diagonal directions instead of just North, South, East and West in her grids.
2.  Mimmo Rotella ripped pieces from bill posters to create a collage.
3.  Richard Artschwager sculpted a desk and chair ... which aren't.
4.  Alexander Apóstol photographed residential buildings, then digitially removed their doors and windows.
5.  Richard Serra created a precarious structure from heavy sheet metal, to make his audience a little nervous, the better to engage their interest.
6.  John Latham created a dynamic layout of books, then shot them in a video in different configurations to suggest that they could move unaided.
7.  Anish Kapoor has represented the creation of the universe as a vertical line in "Ishi's Egg".
8.  Dennis Oppenhiem photographed a tractor ploughing a field in a series of parallel lines which were anything but straight.

So is this collection of observations valuable to me?

As I've probably remarked before, I've been carrying around a list of 300 random words like "plane", "coaster", "parrot", ...  I use them to provoke new ideas to address existing problems, and they're usually very helpful.

But this new imagery from the Tate is much richer.

Next time I'm trying to cut costs in a supply chain, I'll probably still think about goods flying between distribution centres, in response to the word "plane".   But perhaps after seeing Oppenhiem's tractor, I'll also think about the benefits of indirect routes, or about "growing" goods at the point of need.

Love them or loathe them, everyone should lose themselves in a gallery a few times a year.   My attempt to debunk the theory was an abject failure!
Posted by Jeremy Worrell at 1:34 pm No comments: